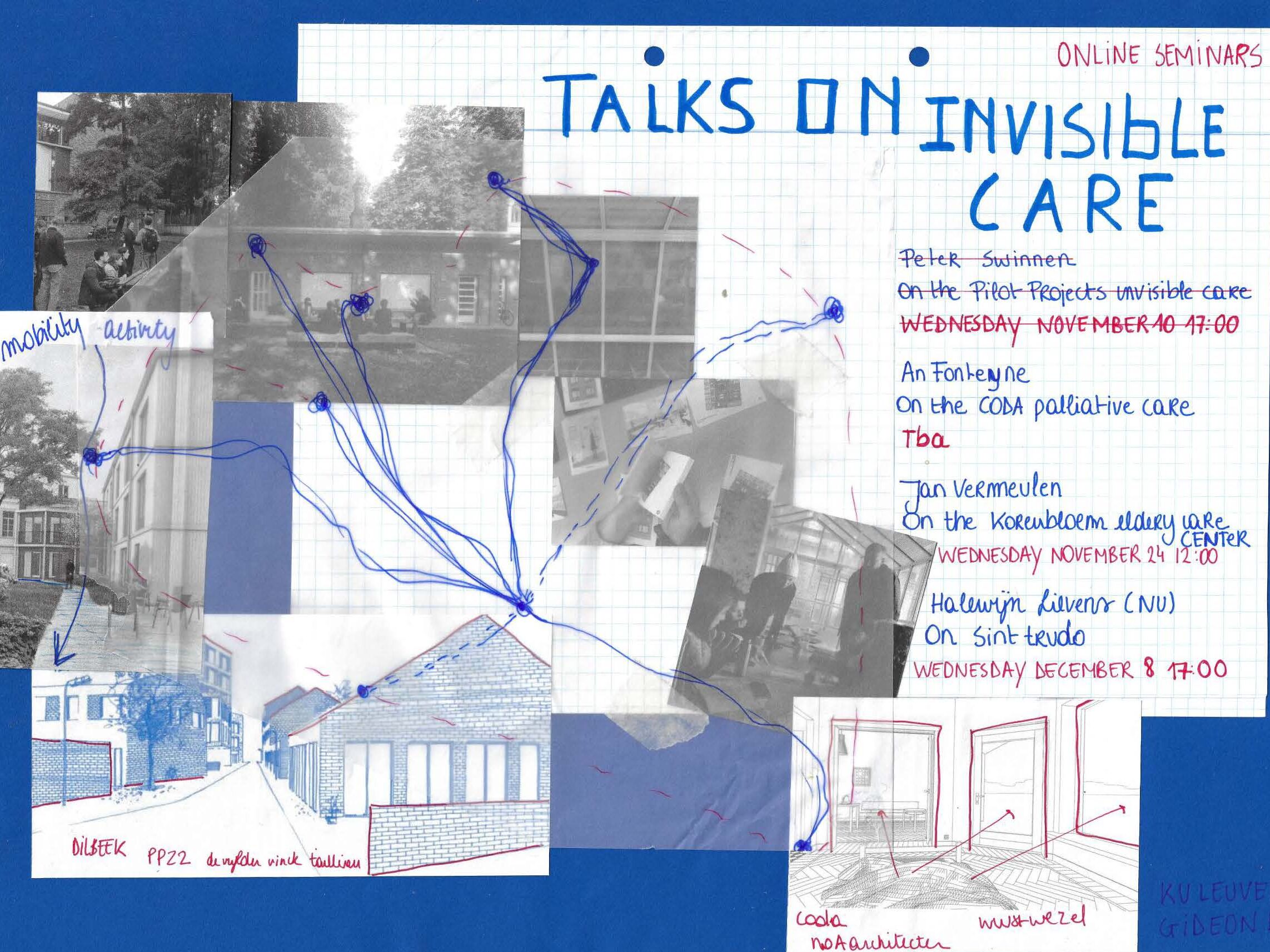 Join us in the online talks on invisible care architecture with Peter Swinnen, Jan Vermeulen, An Fonteyne, and Halewijn Lievens.

Realizing exemplary building projects in health care, that was the aim of the Pilot Projects Invisible Care by the Flemish Government Architect. The ambitions were high. Invisibility was about merging the program of care with the urban environment, against the good old logic of separation. It was also about another typology for care facilities, against the old logic of bed houses. Thus architecture was used to proactively impact the political agenda and experiment with regulatory reform.

The master studio undertakes a retrospective at Pilot Projects Invisible Care launched in 2010 by Peter Swinnen. Now 10 years later, we take a look at the recent realizations, non-executed designs and spin-offs. The state of affairs is used to evaluate the conceptual framework of invisible care and how it changed architecture (or not). It also allows us to think about a possible follow-up pilot program focusing at caring neighborhoods and the future of care architecture in general.

Join us in the following online talks:

The talks on Invisible Care are organised by the KU Leuven Faculty of Architecture as part of the master studio Care Architecture, set-up by Gideon Boie.