Searching for spatial justice – without architects 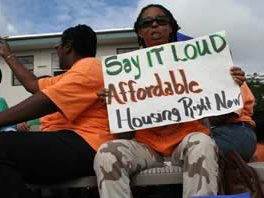 Entitled ‘Rethinking Theory, Space and Production: Henri Lefebvre Today’, the conference reflected the huge revival of interest in the work of Lefebvre today, which most architects are perhaps unaware of. However, if there’s one twentieth-century philosopher who engaged intensively with the city and is worthy of study, then it’s Lefebvre. Particularly in the 1960s and 1970s he wrote various books and articles about the city, the production of space, modernist urban planning and everyday life. What’s more, he maintained intensive contact with architects and planners and even took part in architecture competitions.

But that doesn’t entirely explain the contemporary fascination of planners and geographers for Lefebvre (1901-1991). An important reason is the central role he accords the city, architecture and everyday life in bringing about a social revolution – one that he, a convinced Marxist, aimed for all his life. That revolution, he believed, had to be an urban revolution. Or more precisely, a revolution is not a revolution if it doesn’t change everyday life in a fundamental way. In this regard he directly challenged the then dominant, orthodox opinion about revolution, which centred on the economy or politics. Lefebvre’s viewpoint therefore made him a dissident within the communist movement in France. It also explains his huge popularity among revolting students in May 1968, for whom the change of apparently secondary issues such as love or education was also considered essential.

The benefit of Lefebvre’s ideas for planners and architects is that they, as producers of space and everyday life, are suddenly promoted to the vanguard of a changing society. Or, put another way, they are no longer impotent, indefinite objects from whom every well-intended attempt to change society is just a shot in the dark, as long as these are not supported by economic or political change. It’s a position taken by an architecture historian like Manfredo Tafuri or a geographer like David Harvey. The big promise of Lefebvre’s work for architects is that of an architecture that no longer forms just a camouflage or a progressive face for an unjust society – and therefore has in fact a contra-revolutionary effect – but, on the contrary, an architecture that, by organising the everyday world of people differently, forms the basis for a general change in society. This was undoubtedly also the ambition of the conference: to use a confrontation with the work of Lefebvre in order to arrive at a reformulation and re-evaluation of the current and potential role of architecture.

But it was precisely in this area that the conference came up short and left the public dissatisfied – despite a packed programme featuring 23 speakers, 8 keynote speakers and five panels with three papers each. The biggest cause of this was the emphasis at the conference on the applicability of Lefebvre’s core categories for reading and analysing the contemporary city. This, based on the view that sufficient attention has already been paid to the more theoretical sides of his work in other conferences and books. As a result, attention focused on analyses of urban situations around the world in which Lefebvre’s work was deployed as an alternative key to interpretation. Among them the architectural mutations carried out by residents of communist housing blocks in Hanoi, the construction of shared gardens in New York, a study of various users and patterns of use of a square in the centre of in Sao Paulo, and of a neighbourhood with lots of creative people in Hamburg. The problem with the presentations was that on the one hand they clung to Lefebvre’s work and related all this central concepts to practice. On the other hand, concepts were bandied about too loosely. The analyses didn’t demonstrate a more fundamental understanding of his work. (Almost all speakers apologised that they weren’t ‘Lefebvre scholars’.)

Owing to this flaw, as well as the keynote lectures that lacked real direction and offered little in the way of theoretical support, a number of fundamental questions remained unresolved or even undiscussed. Not only the question concerning the essential role, or not, of architecture and planning in changing society, but also the question of how Lefebvre’s life-long involvement with Marxism can be reviewed. As one of the organisers remarked, it is a paradox that the Lefebvre revival has taken place at a time (since the early 1990s) in which belief in radical change – Marxist or otherwise – seems to have vanished.

These fundamental issues haunted the entire conference and sometimes led to painful outbursts. Like when a man in the audience, after a lecture about a typical creative makeover of the Schanzenviertel district in Hamburg, called the speaker to order by pointing out to her that the ultimate aim of Lefebvre is still to overthrow the state. He hereby implied that all creative initiatives by architects and designers are senseless as long as they make the state the biggest enemy. He was left unchallenged by both the audience and the speaker, who promptly hardened her point of view by stating that she, too, disapproved of the developments in the Hamburg district.

No doubt it would have been a better idea to involve in the conference the global movement that has grown up around one of Lefebvre’s core concepts in recent years. ‘The right to the city’ – also the title of one of his most polemical works – is an inspiration the world over in the struggle against all sorts of social injustices. Despite the activist slogan ‘seeking spatial justice’ on the conference posters that were display all around the university, the movement was noticeably absent. A confrontation with such radical social engagement could have made clear how Lefebvre’s theories on architecture and space could be brought up to date for the early twentieth century.

This lack of an activist perspective was probably also the reason for the remarkable absence of the community of architects and designers. That said, the conference was held at the faculty of architecture. Although one of the organisers emphasised Lefebvre’s relevance for architecture and design, an explicit treatment of them was totally lacking. Architects could learn much about how to look at the city through the eyes of Lefebvre but little about how they could really change it through their practice – and that was the main ambition of a radical thinker like Lefebvre. In that sense, contributions from groups and movements that engage with Lefebvre in an activist manner would have been welcome.