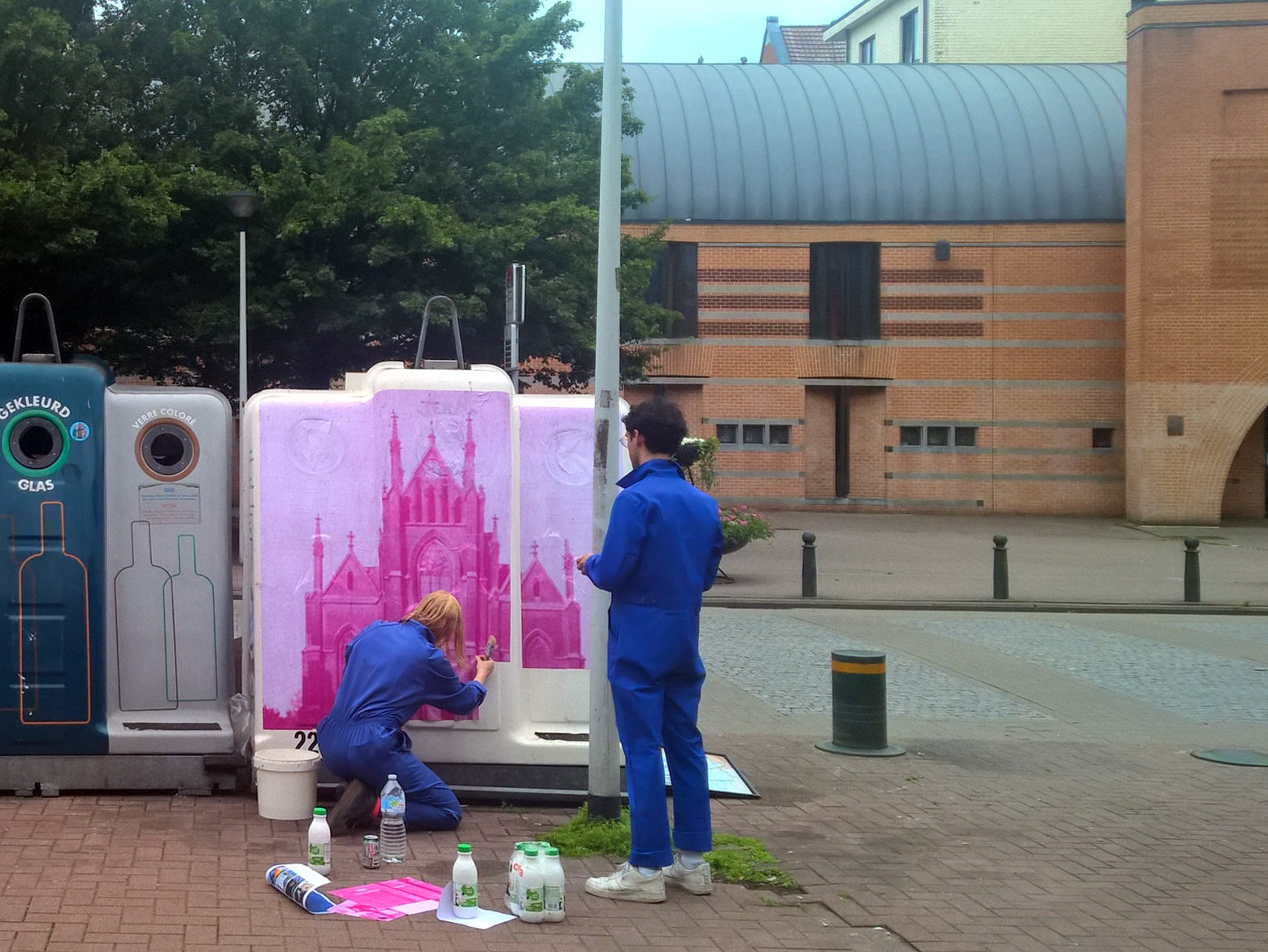 This intervention by the Manhappen Studio at the new Saint-Rochus Church on the Chaussée d’Anvers (Brussels) happened in the shadow of the official opening ‘You Are Here’ as part of IABR–2018+2020 – THE MISSING LINK in Brussels.

The morning after (2 June 2018) the Bolivar Square was open for cars again and children could no longer swim in the fountain (the slogan ‘No pool is no cool’ was certainly prophetic). Junkspace was restored as the creatives and food trucks left the theatre. Around the corner, a group of students put up the poster of the old Saint Roch church, demolished in 1971 to make place for the so-called Manhattan Plan, in front of the new Saint Roch church, a refurbished hangar opened in 1995. The church made the news a few years ago by serving as a shelter for illegal refugees. In accompanying interviews, locals discuss the name of the non-square that apparently has no name. People simply refer to it by the bus stop ‘Nico-lay’. Others suggest calling it Place CDA (the Chaussé e d’Anvers cuts through the square), la Terrace or Place O Sole Mio (the Italian pizzeria). Against the wall of the monstrous North Gate government building (a piece of hyper architecture de-signed by none other than Jaspers-Eyers) a poster was put up with a super save from the Red Devils goalkeeper. Children helped to put the poster up and began to use it immediately, as a fantasy screen for a play. An old lady has no time to join the happening as she catches the bus, but nods in agreement.

The action derives from the Sofa Talk with Albert Martens, who finished with the suggestion to draw the outlines of the old Saint Roch Church on Simon Bolivar Boulevard, along which the WTC towers stand.

Published in: Gideon Boie, Dag Boutsen, a.o. (eds.), WTC Tower Teachings, reports from one and a half years of nomadic architecture education in Brussels, KU Leuven Faculty of Architecture, Brussels 2019

Welcome to Jaspers Town: a learning play on architecture and real estate in Brussels